This past weekend, I journeyed north to the relentless, rugged and remote Superior Trail 100 Run.  This race while living in Minnesota and only reaches a maximum height of 1830 feet, it has more elevation gain then Big Horn 100, Leadville 100, and Western States 100.  And very similar gain to Run Rabbit Run 100, Black Hills 100 and the Bear 100.   All these mountain races are well known and tough, but most have forgotten one of the oldest 100's in the world and arguably harder.   What makes this race a challenge is not the altitude, not the multiple hour climbs, but instead the non-stop ups and downs that never allow your body to rest.  A constant battle of the body and the spirit.

I was to crew Aaron Ehlers in his quest to complete the race for the first time.  Since his wife, Mary would be along for the first 10 hours, I managed to sneak out and get a few photos on the course for the first 50 miles.   Interspersed among the race photos are some of my favorite shots taken nearby.   If you want more, be sure to check out Ian Corless's Photos, host of Talk Ultra and renowned photographer shots. 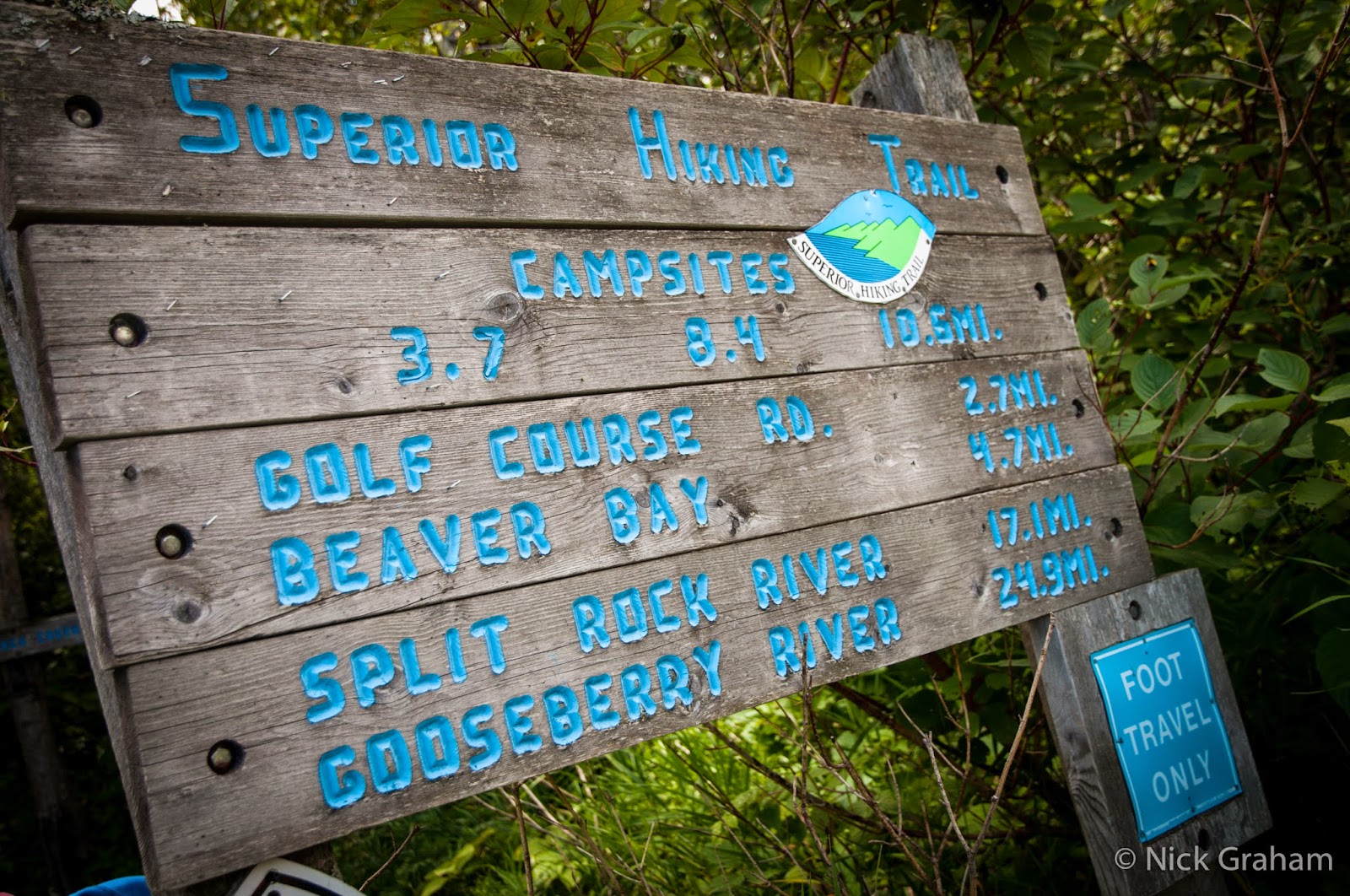 The Superior Hiking Trail - 304 miles of wild and wonderful Minnesota.  100 miles of it are given up to the runners for 38 hours or less. Aaron's intensity sets in 15 minutes before the start of the race.

Just to the right of the runners on the starting line, Lake Superior peaks through the trees. 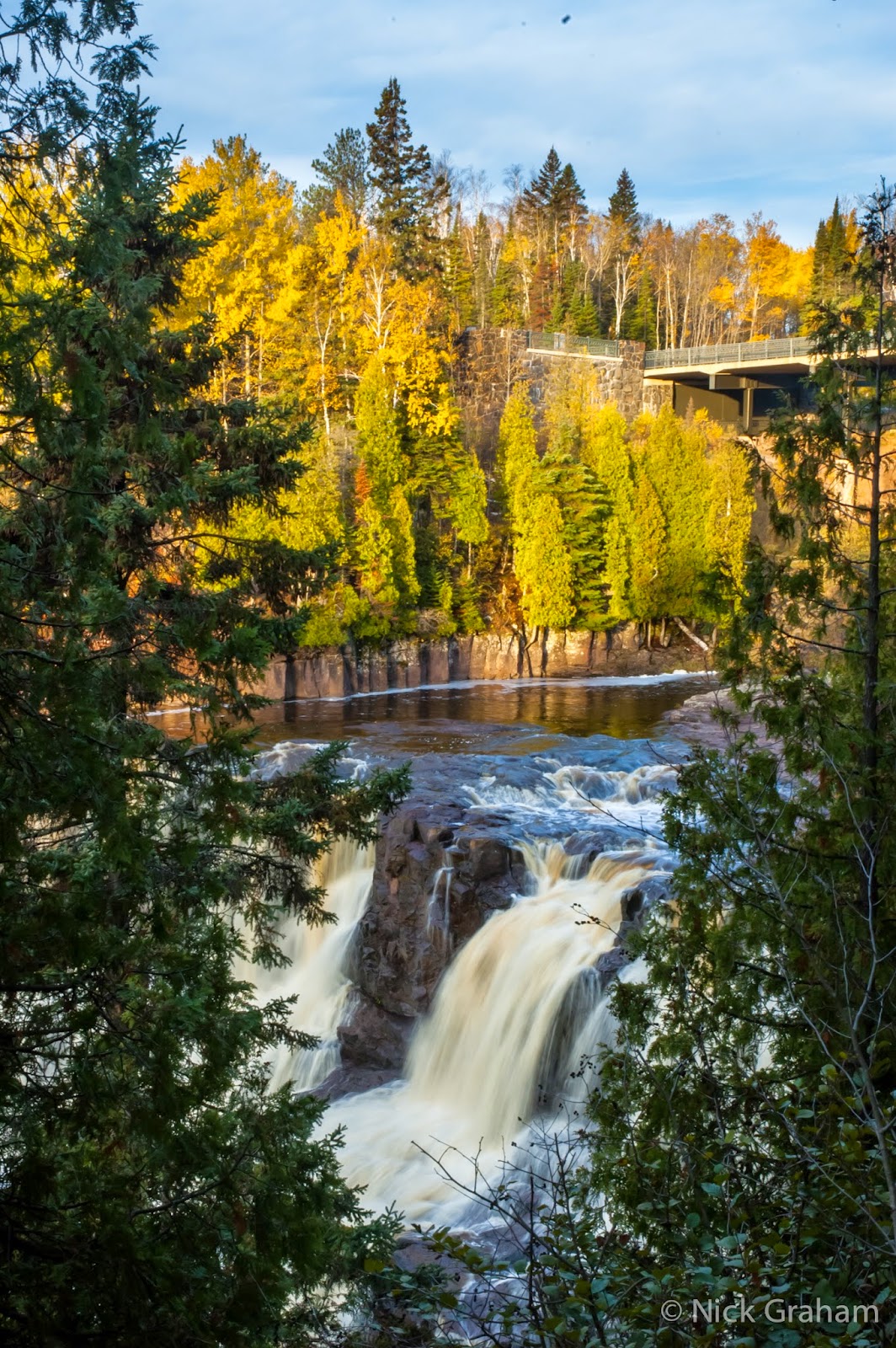 The runners will soon run beside and over the cascades of Gooseberry State Park. 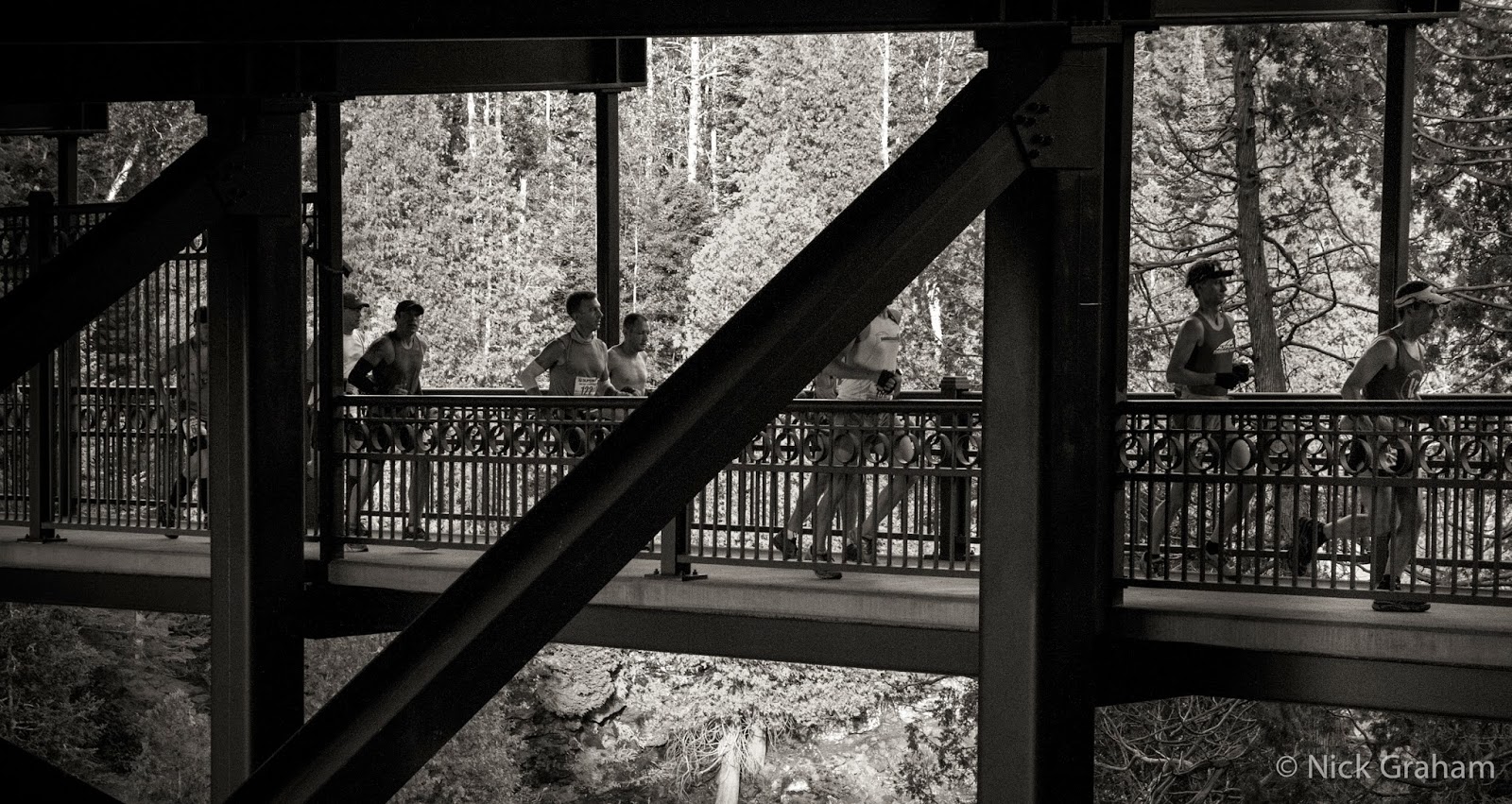 The early crowds from the 200 plus runners heading over their first bridge. 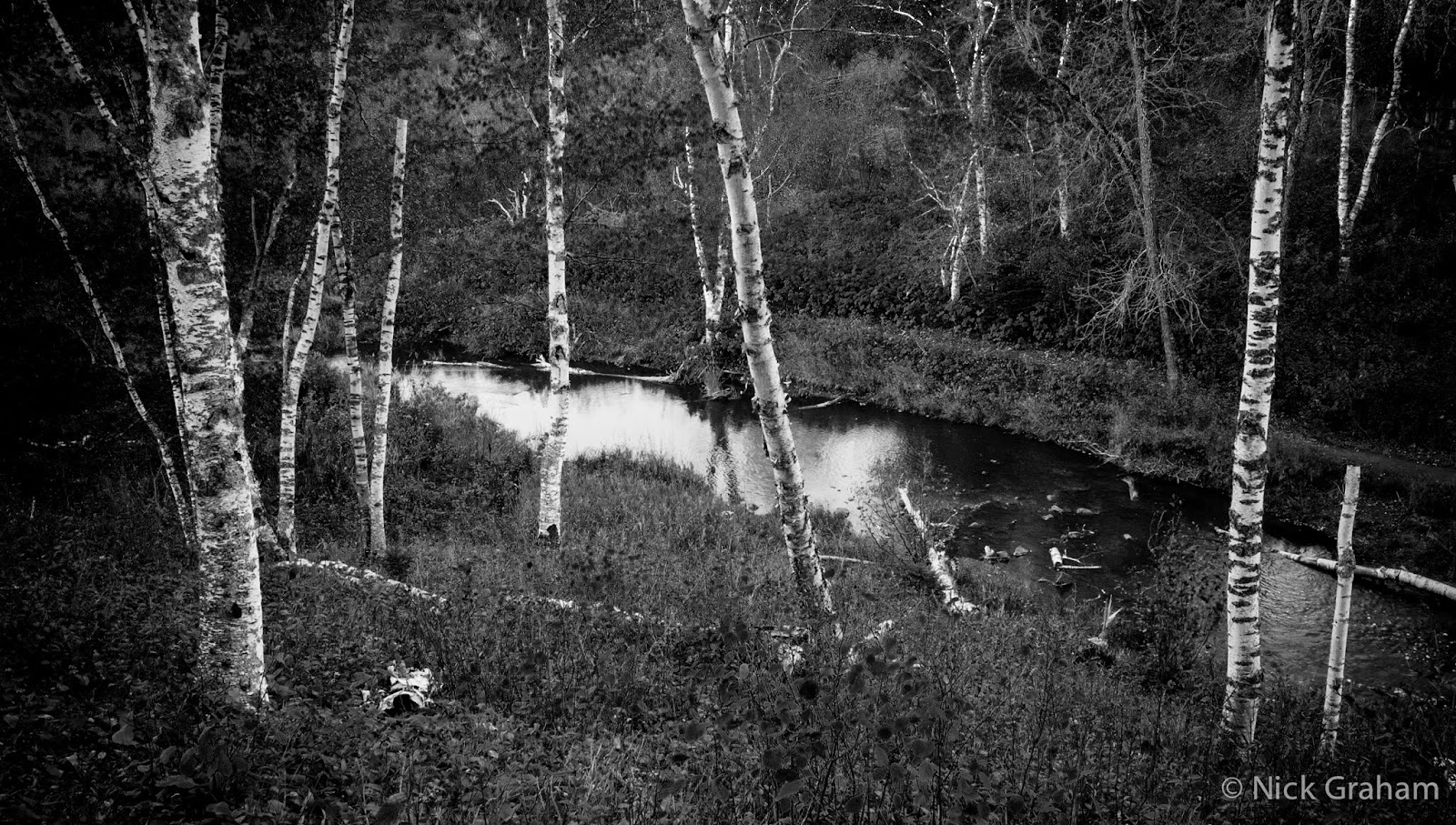 A perfect north woods stream and patches of birch line many miles of the trail. 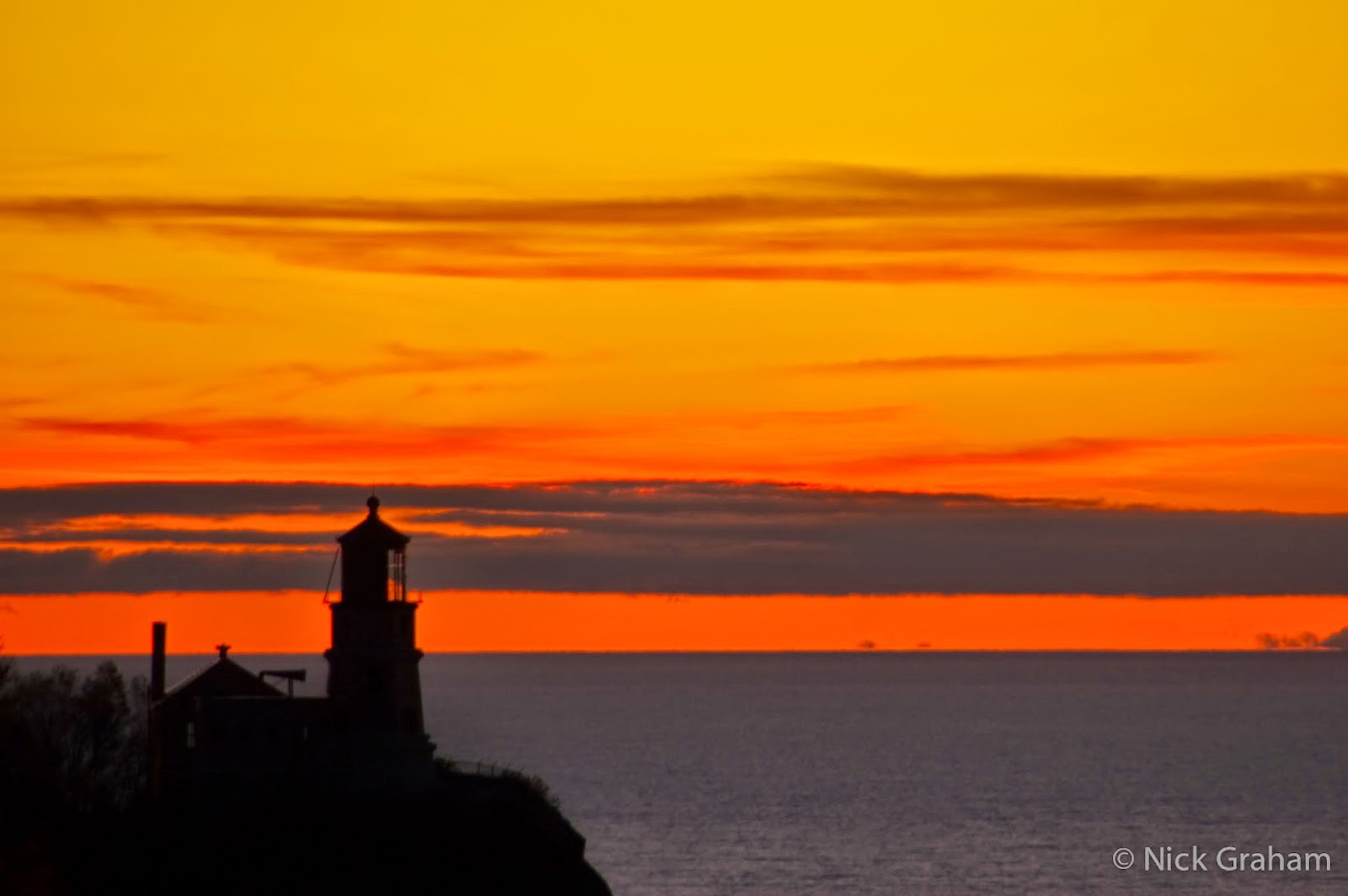 An early runner in a tunnel of trees. 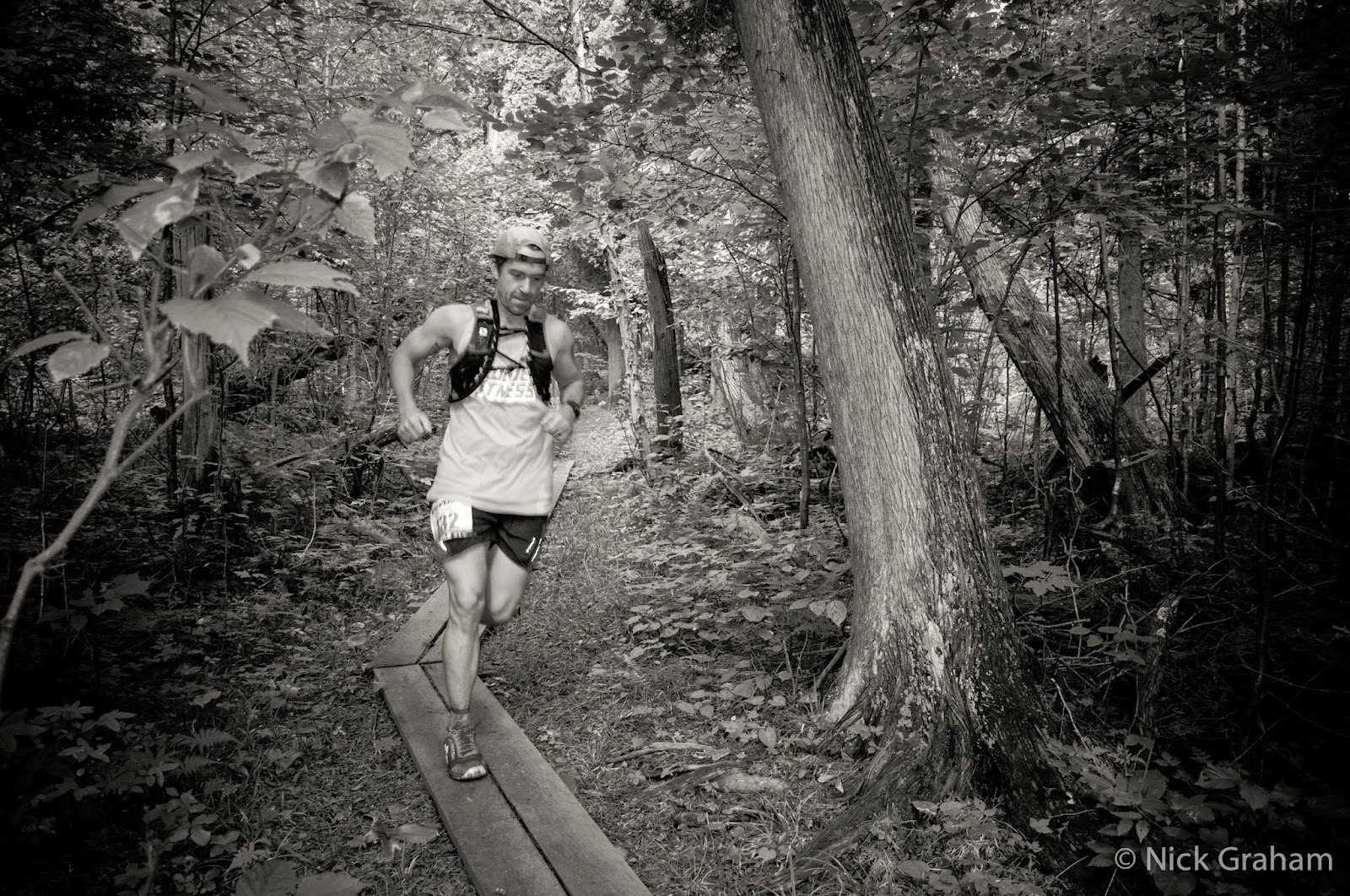 A runner in good form rocking it out along the boardwalks over swampy trail sections. 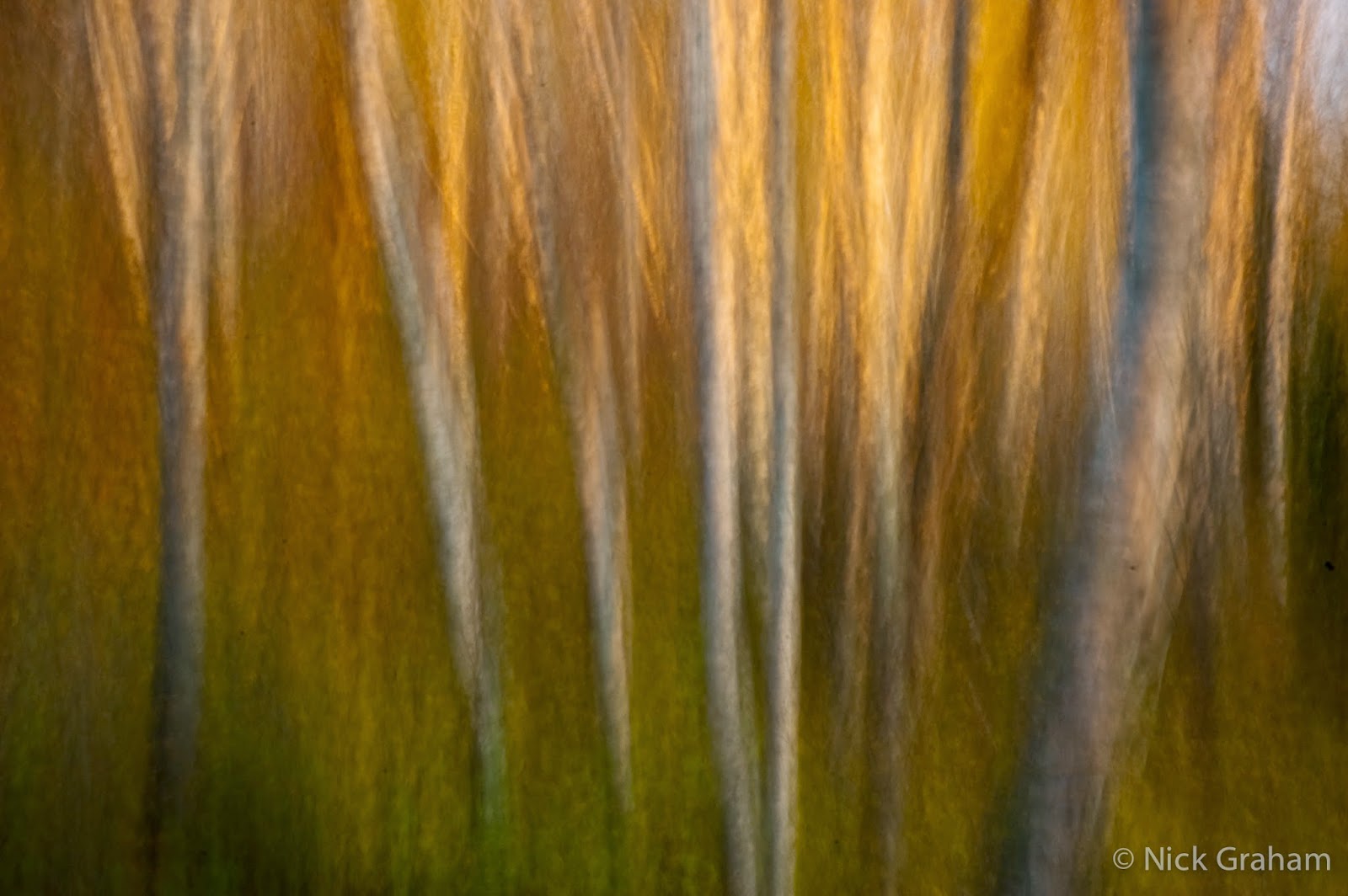 Shimmering birch in the early light. 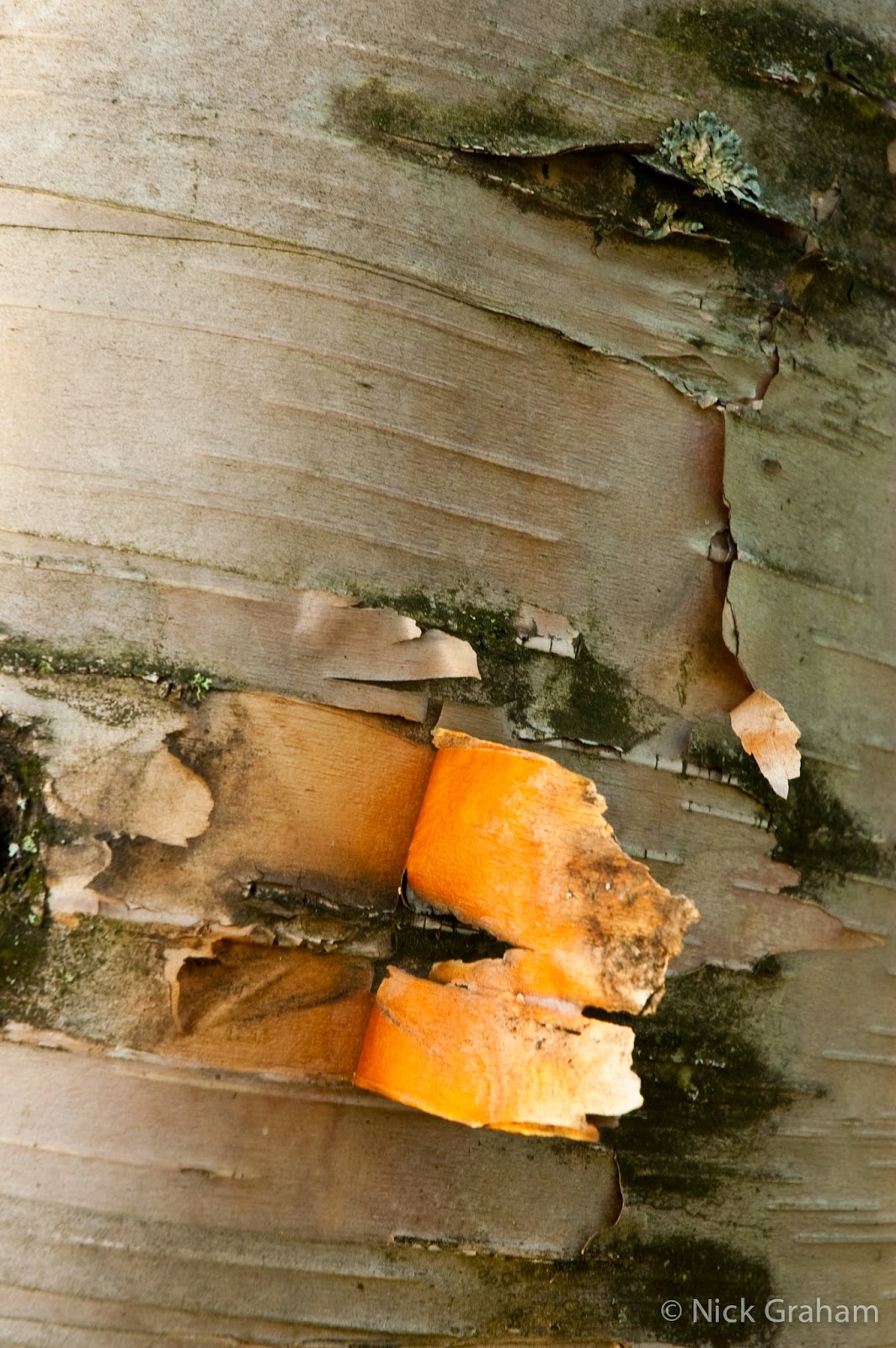 The peal of birch bark, a perfect fire-starter. Aaron makes his way into the Silver Bay aid station. 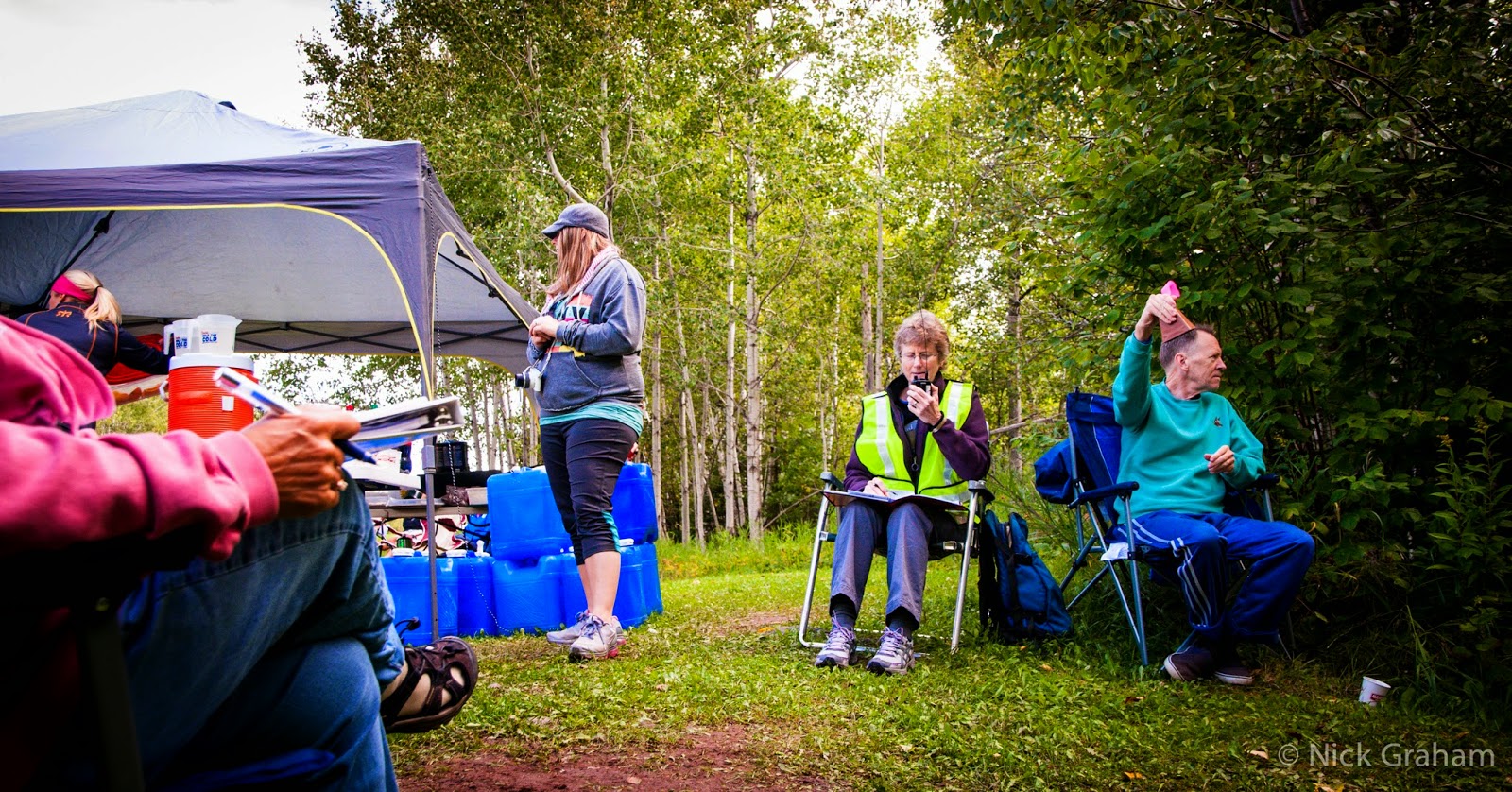 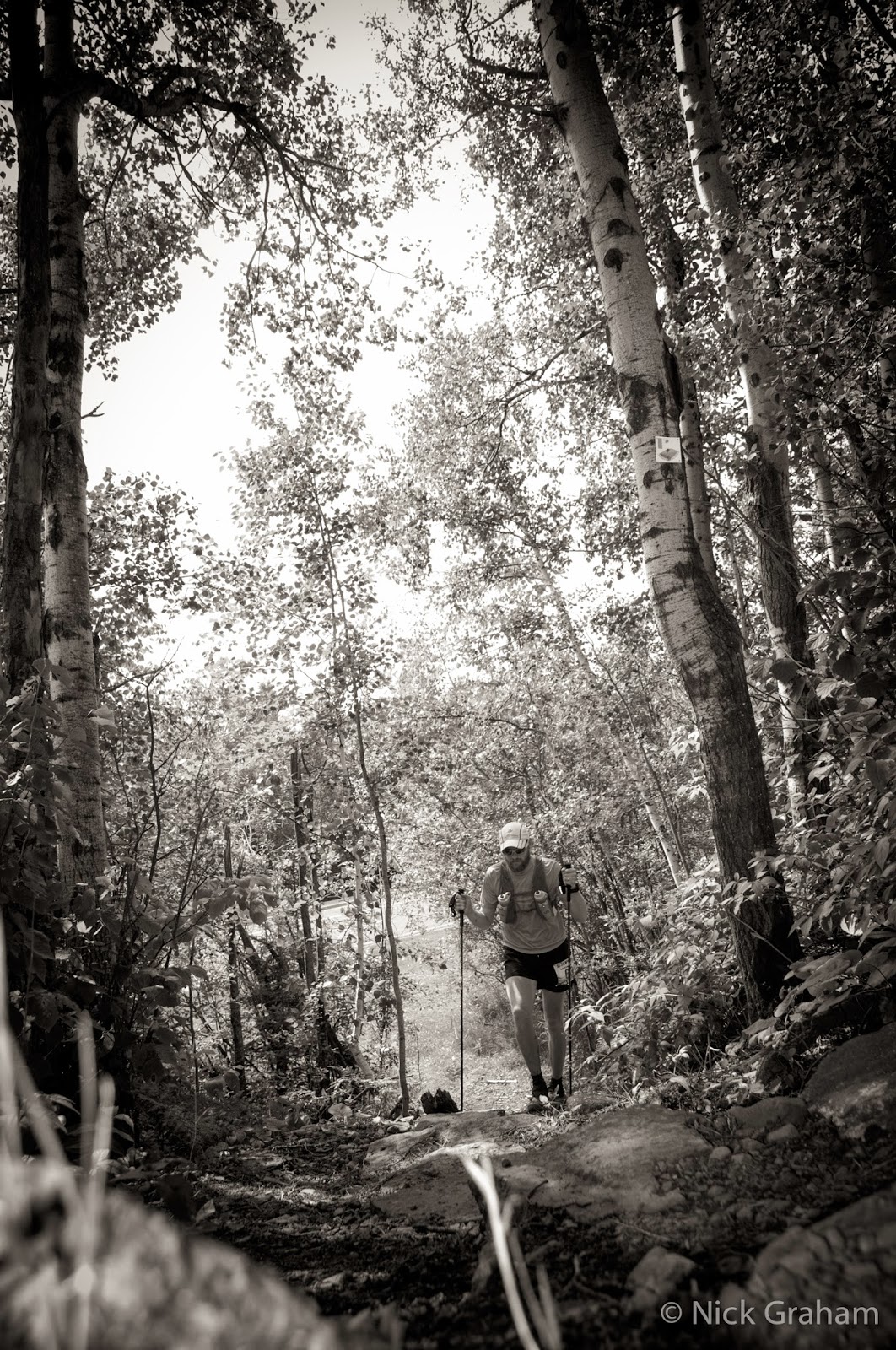 Leaving Silver Bay a short rise makes good use of the magic sticks. 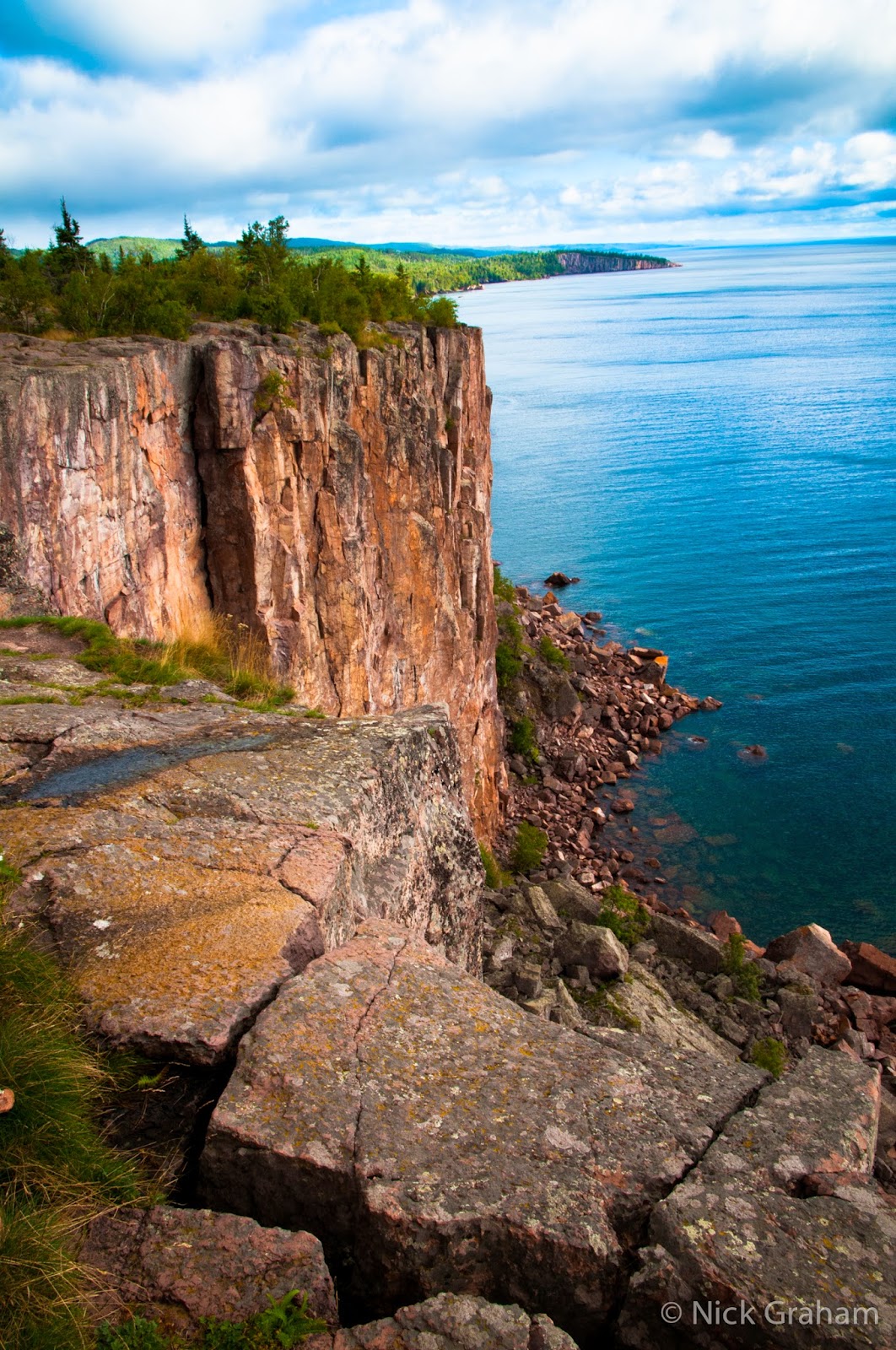 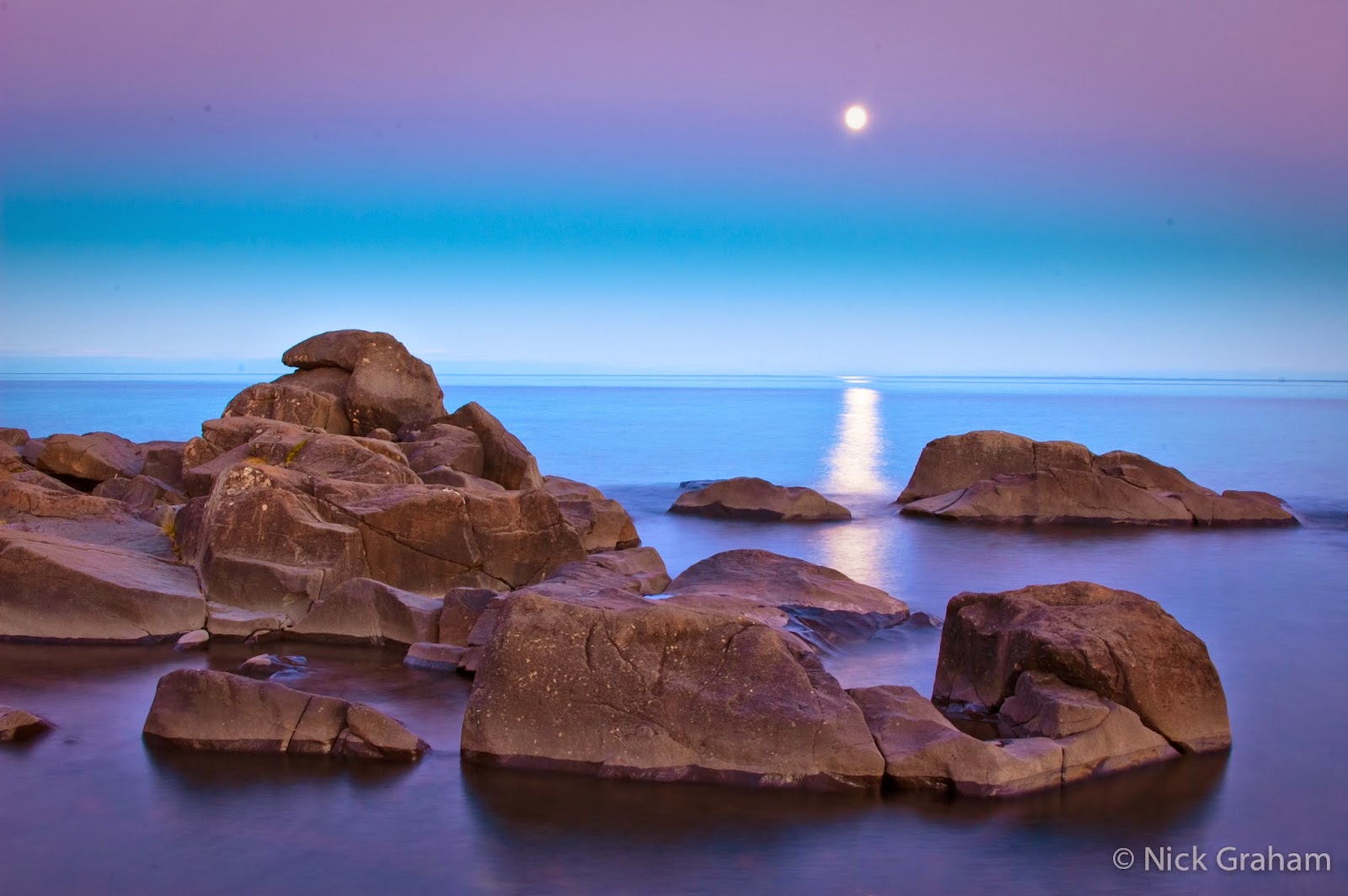 Views of Lake Superior at another time of day. 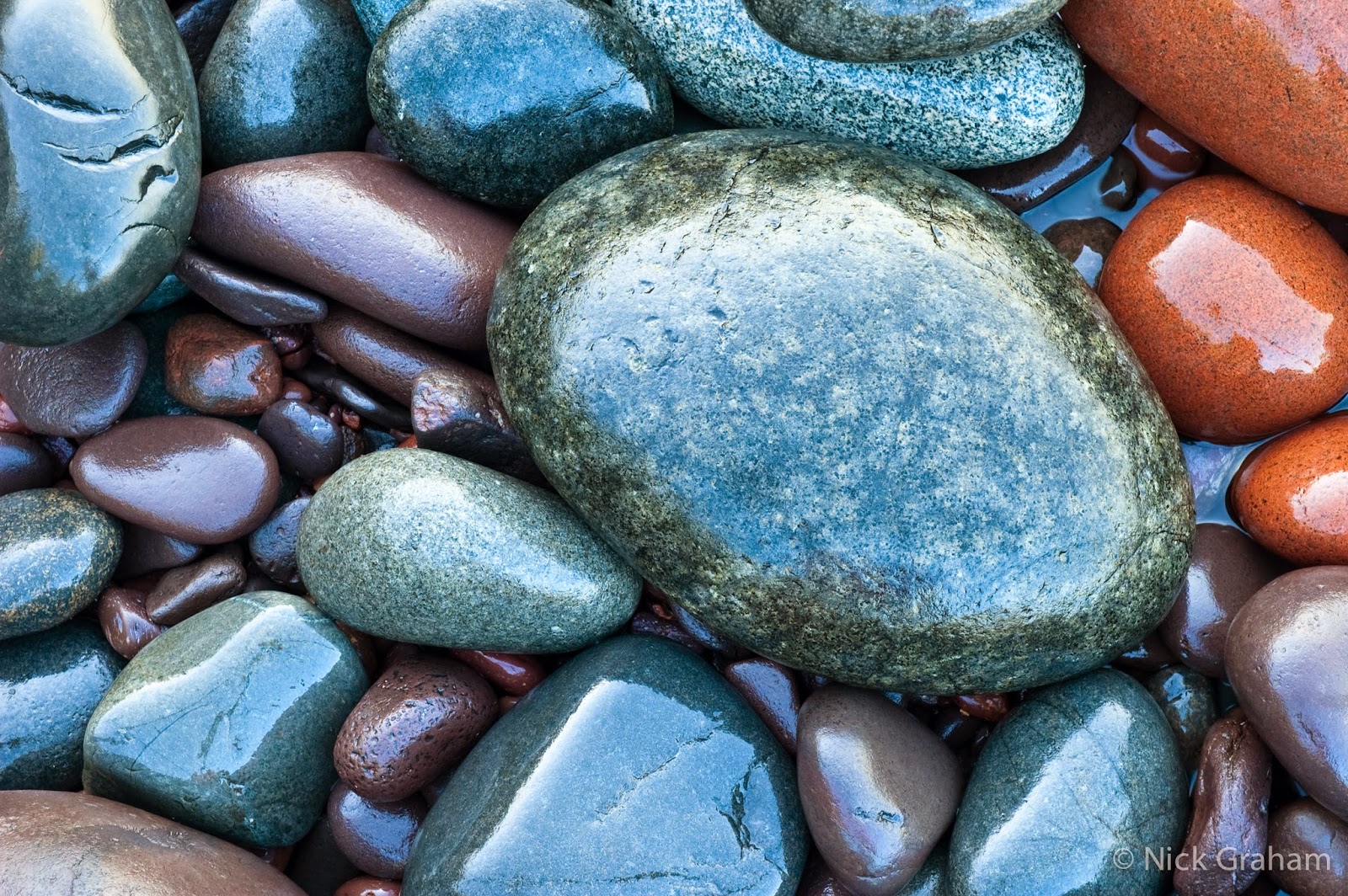 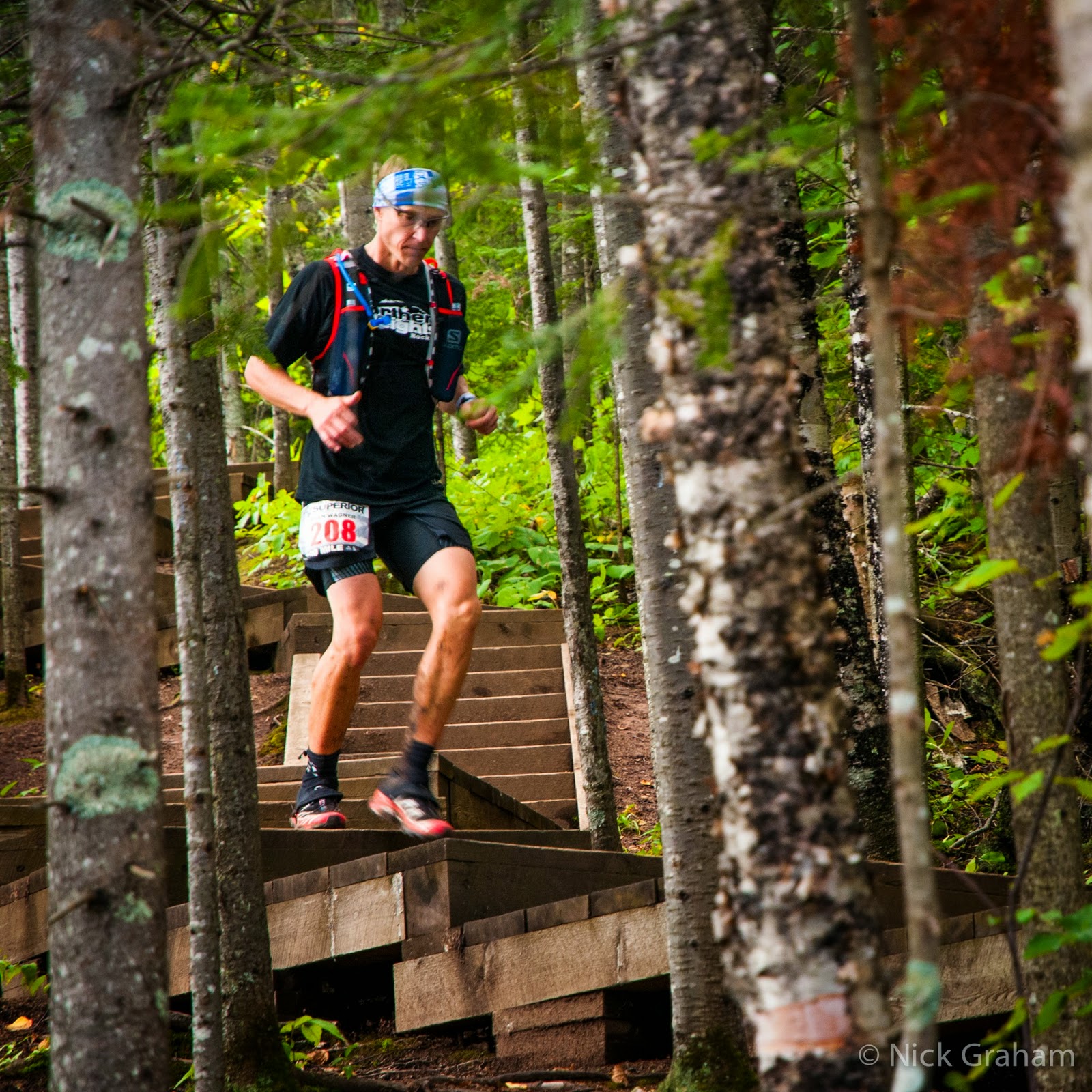 Descending down stairs near High Falls in Tetteguche State Park. 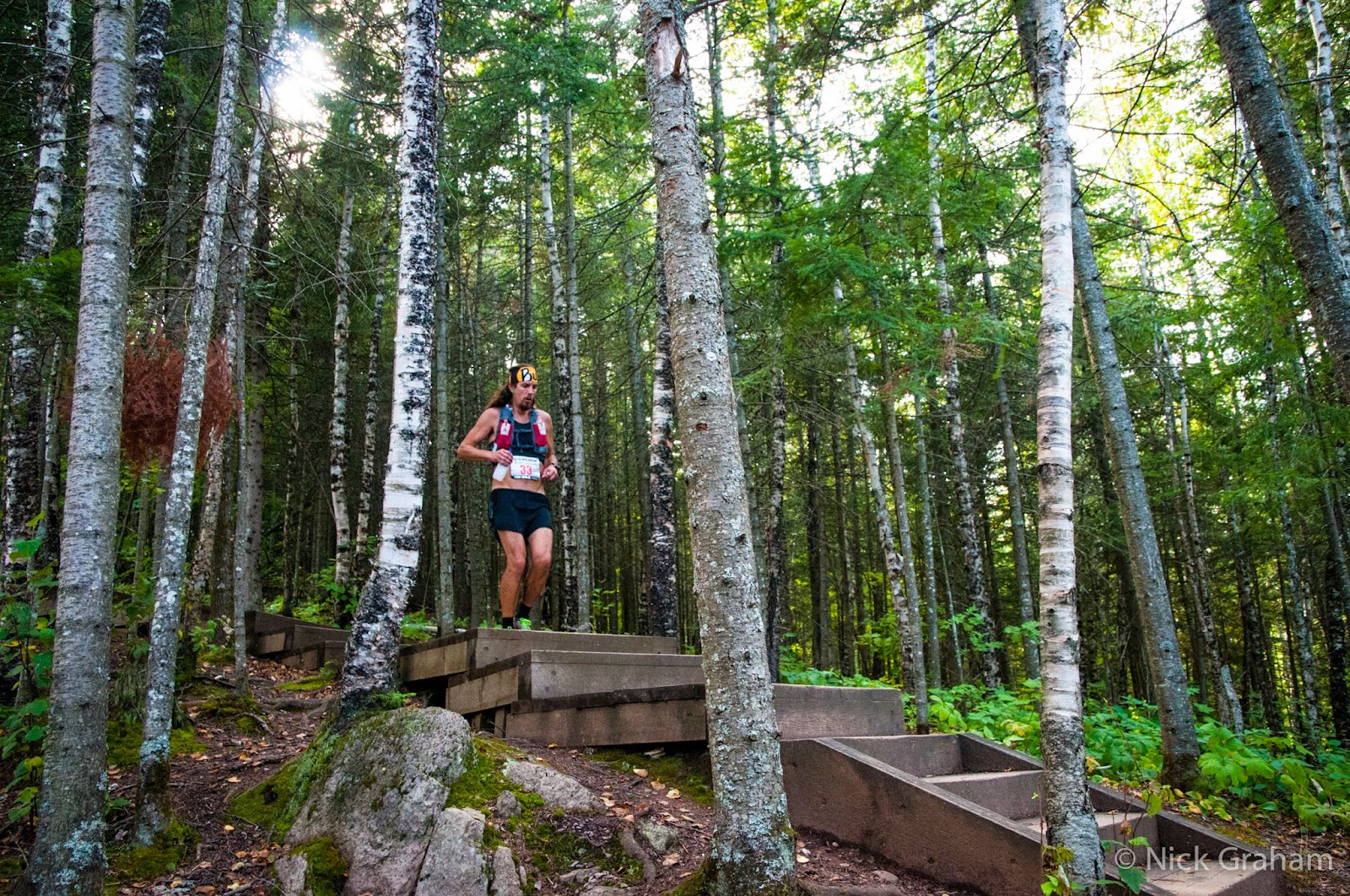 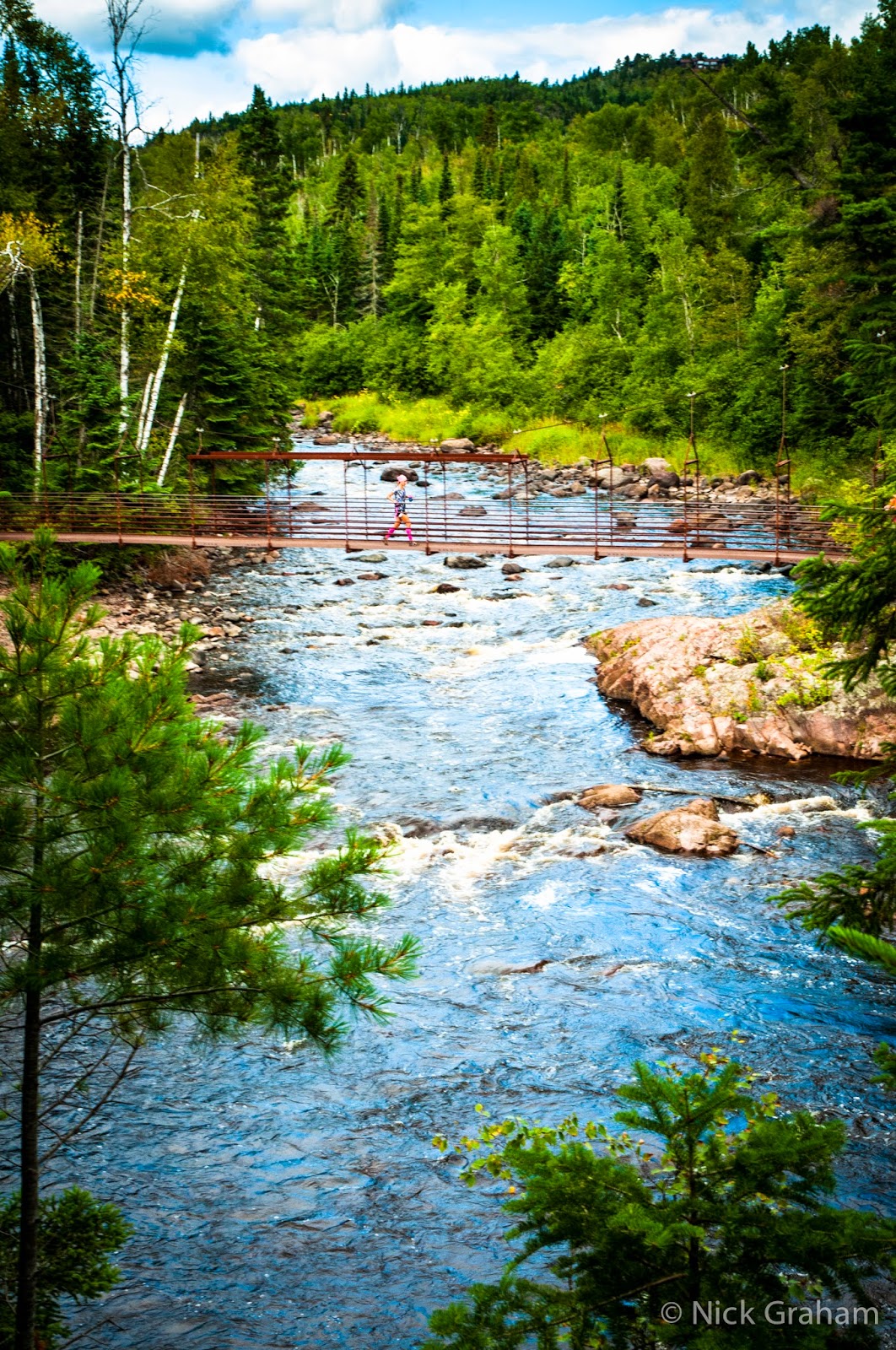 The lead woman in the early stages of the race, passing over the Baptism River. 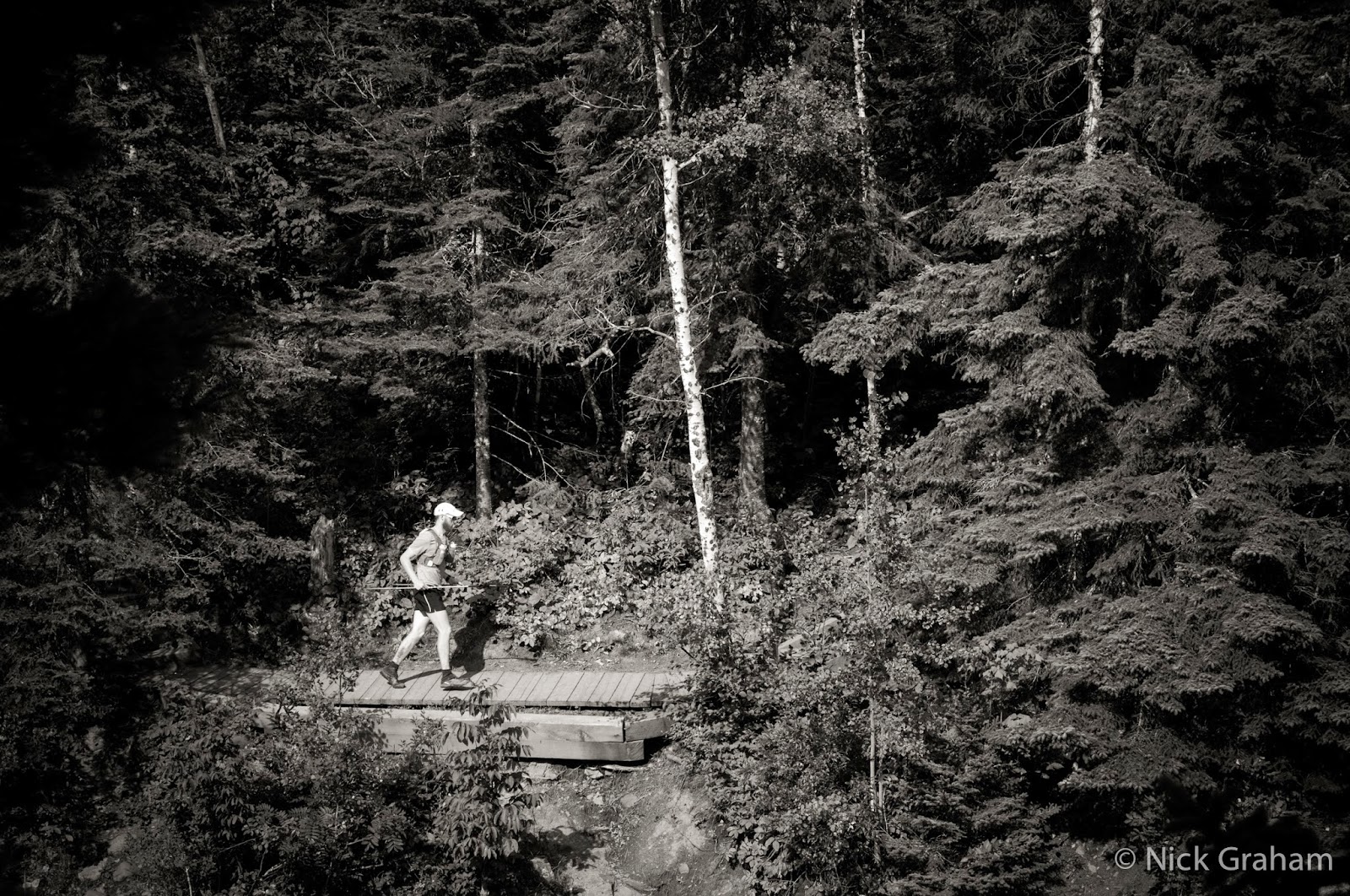 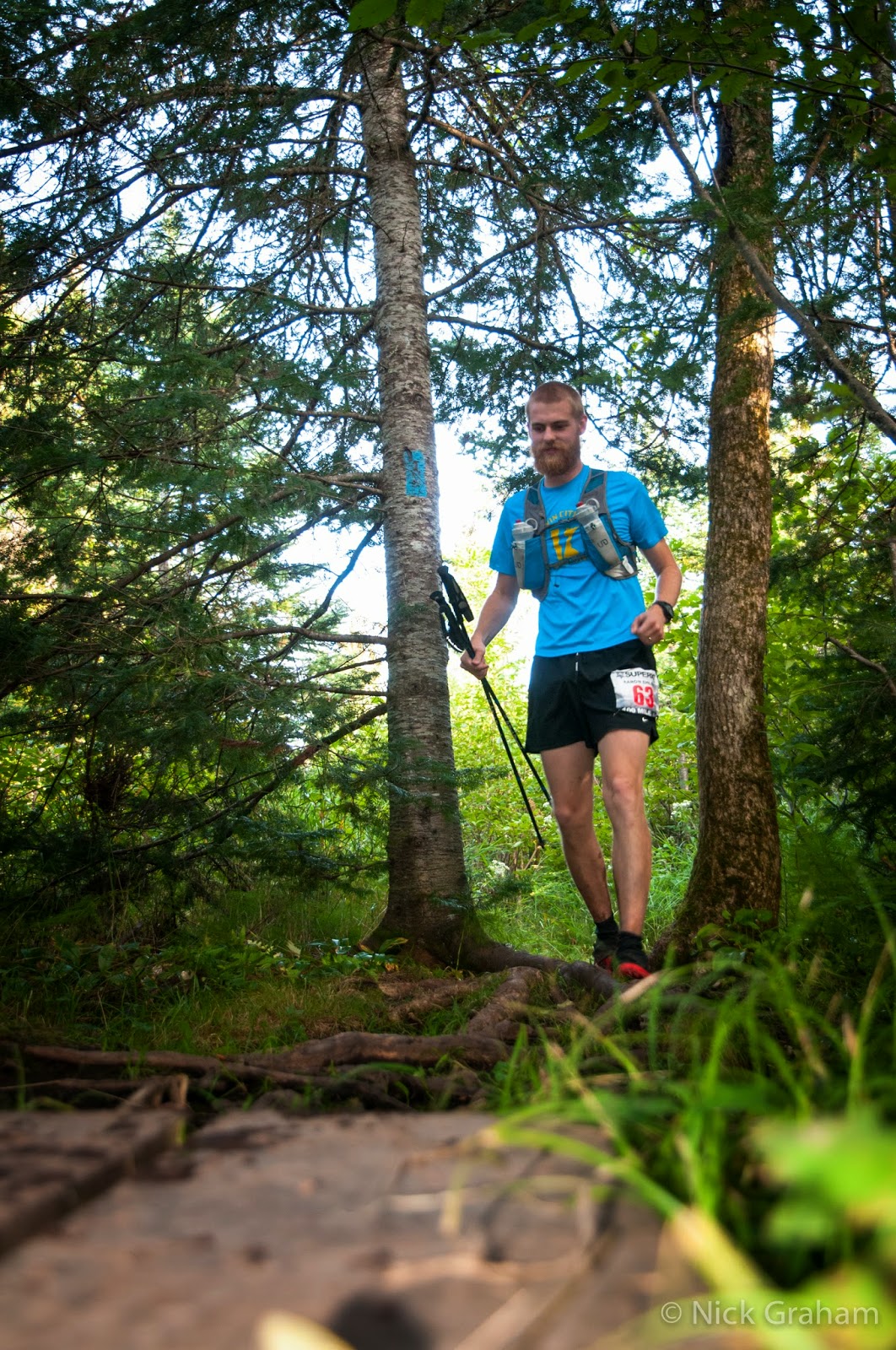 Aaron on his way to the half way point in Finland. 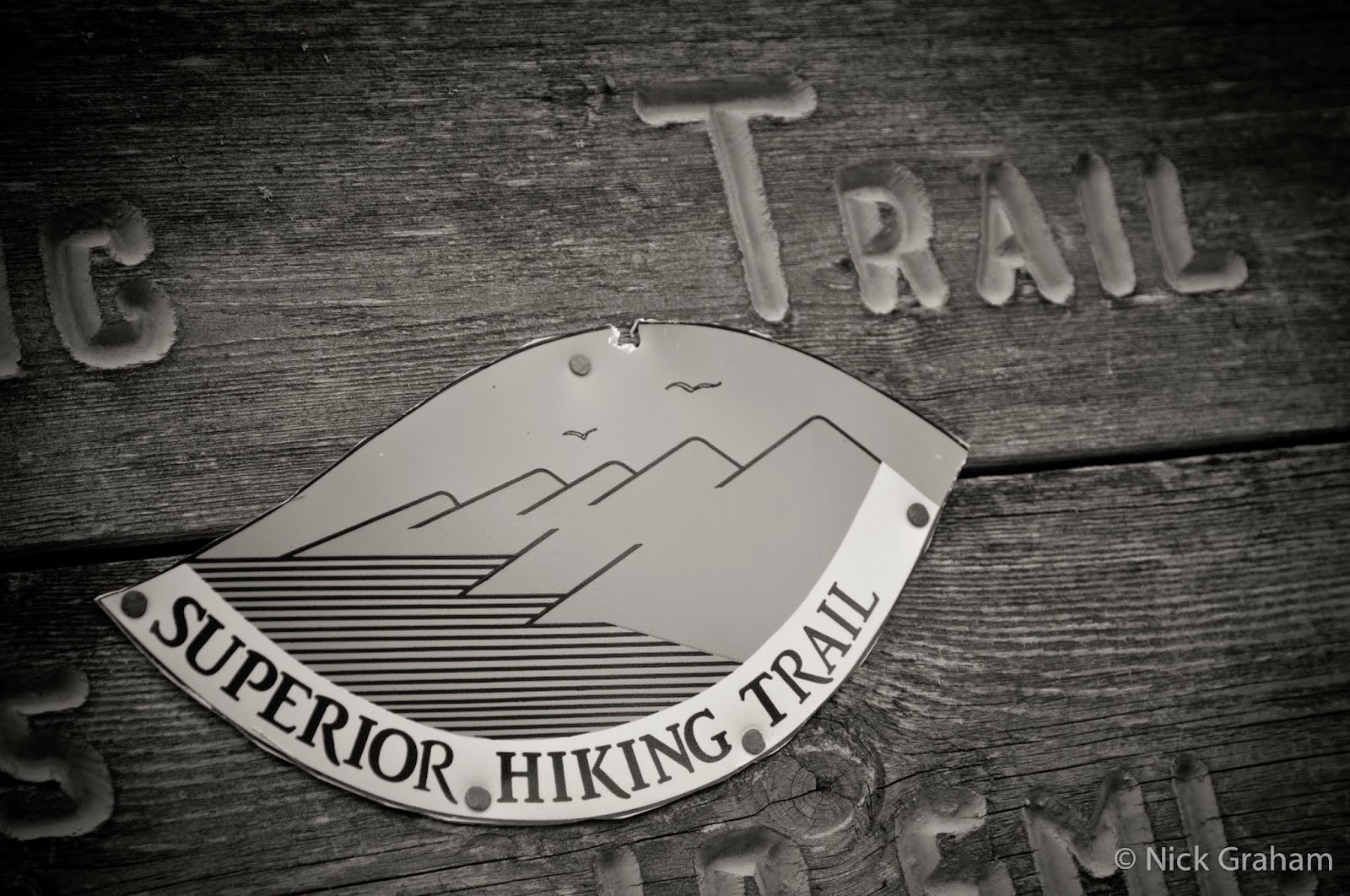 The trail continues on through Crosby Manitou State Park, past Temperance River State Park, scrambles up Carlton peak, rounds Oberg Mountain and up and over Mystery and Moose Mountain before finishing in Lutsen.

Congrats to all the runners - that course is a beast.
Posted by Nick Graham - Nomad Photography at 3:41 PM
Email ThisBlogThis!Share to TwitterShare to FacebookShare to Pinterest

Nick Graham - Nomad Photography
Minneapolis, MN, United States
My father worked as an assistant to a professional photographer for a brief time in his youth. From that experience, he created several beautiful portraits of my mother during the formative years of their relationship. After my mother’s death 8 years ago, I received one these pictures as a gift. I could not keep my eye off it, not because it was a picture of my mother, I had plenty of these, but because the photo was alive. It had feeling. Not long after that I bought a SLR camera and began to work at finding my voice. Photography for me is not just about using the rule of thirds, adjusting the aperture or choosing the correct angle. It is about making the picture speak to me. When I approach a scene or subject, I see the image before I even raise the camera. It calls me. Sometimes, it may take me 30 tries to record the image and others it is just one. All that matters is that when I am done and I look upon the image, it touches my soul.